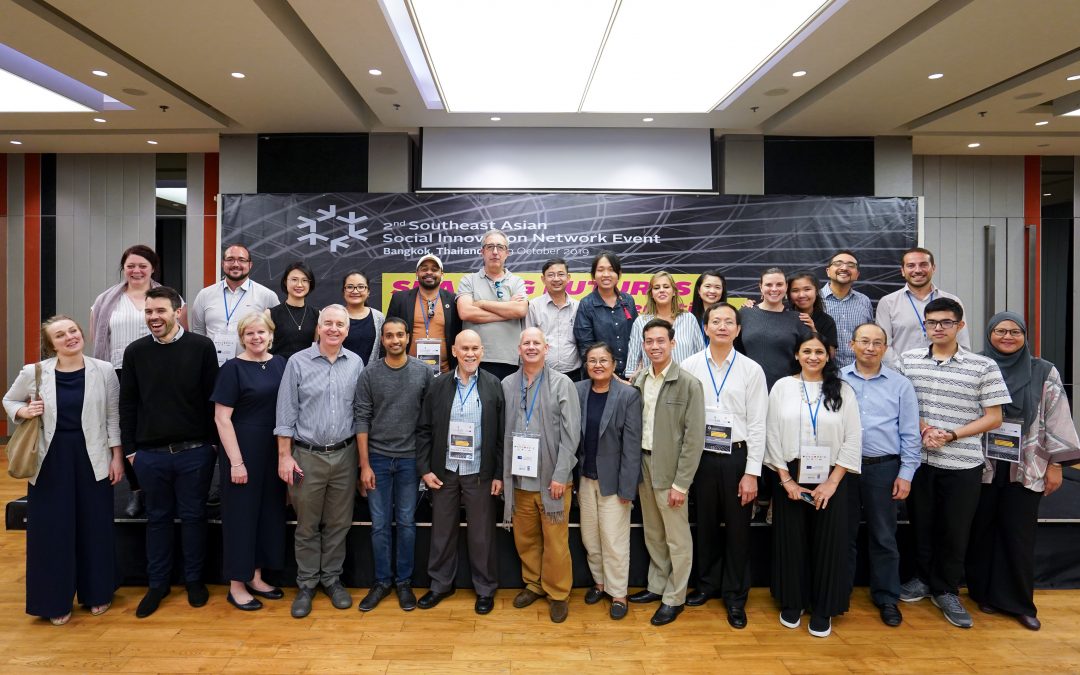 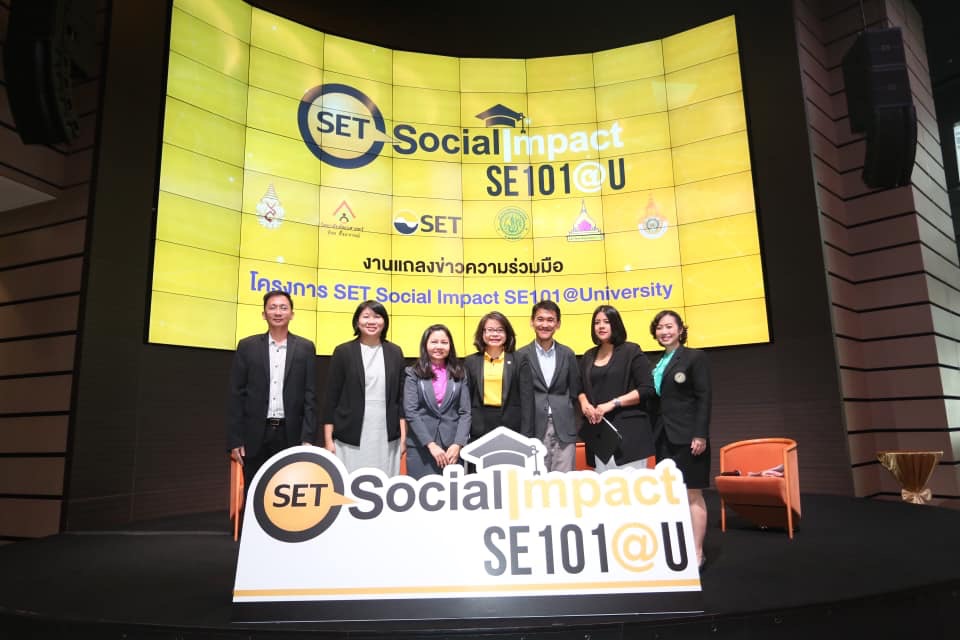 On October, 7 2019, the representatives from KU SISU has joined the press conference in the project ‘SET Social Impact SE101@University’. This project is the cooperation between Stock Market of Thailand and five universities: Mae Fah Luang University, Ubon Ratchathani University, Rajamangala University of Technology Lanna, Thammasat University and Kasetsart University.

We are proud to be a part of this project that will help developing new social innovators and enterprises in Thailand. 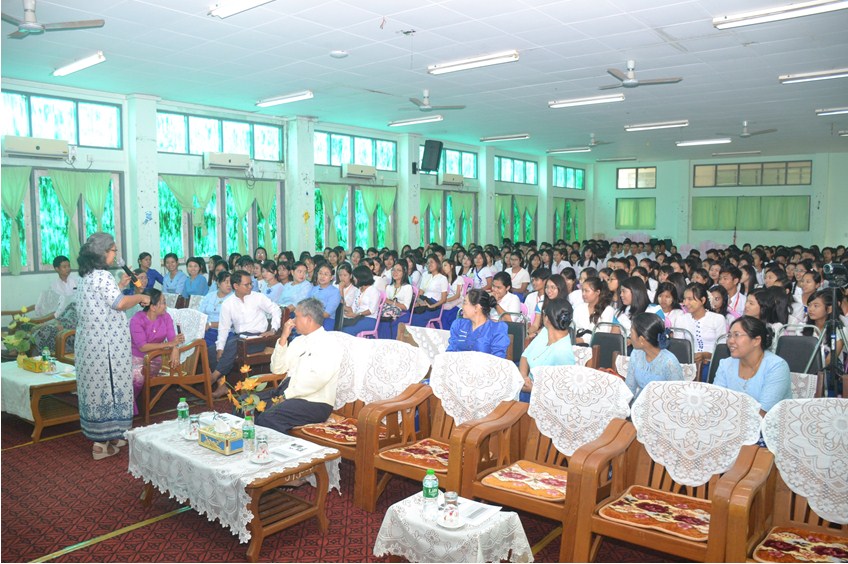 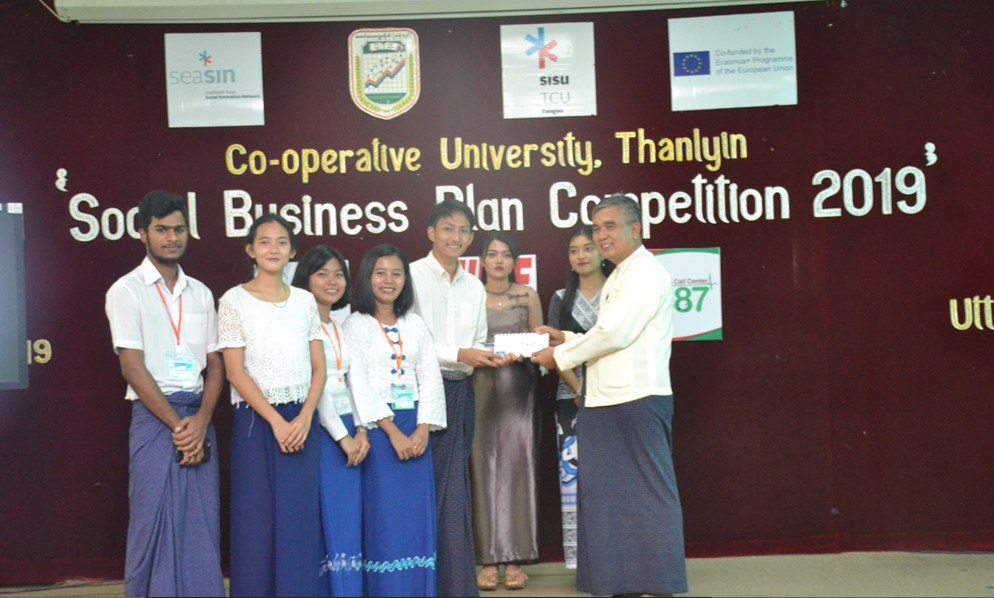 TCU SISU supported the project which will encourage and develop the students’ entrepreneurial mindset and idea. Under this project, the second basic painting and recycle art training workshop was conducted from (8.7.2019) to (12.7.2019). The training workshop was conducted with the following objectives;
– To increase the number of SISU users who are interested in social innovation.
– To increase the alternative income sources for the SISU users.
– To recycle the wasted materials by creating the products in an innovative way.
Totally (28) students from Co-operative University, Thanlyin are participated in the training workshop. During the 5 days of training workshop. Artist Ko Ye lead the workshop to share his knowledge and to practice the students in recycle art. As part of the project, TCU SISU conducted the group based competition for recycle art at the end of the training workshop and prized to three groups who get first, second, and third prize in the competition. 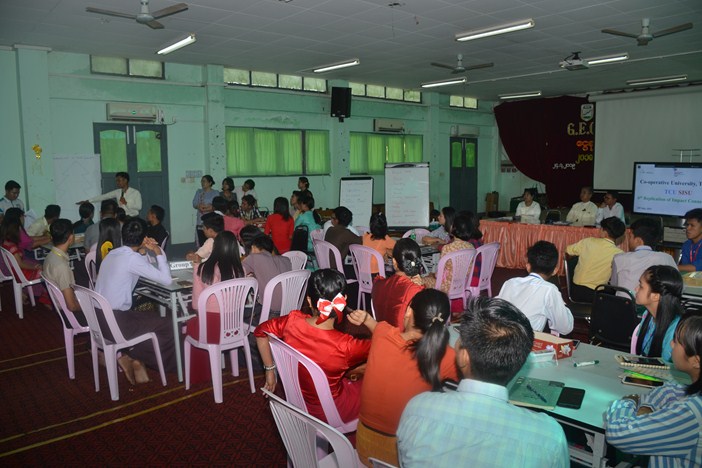 TCU SISU conducted its 6th replication of Impact connect studio on 30th July 2019. The studio design was developed and previously done by SIX in Myanmar. This studio was conducted as a replication under WP 5 of SEASIN Project in the Uttara Hall of TCU. A total of 42 SISU users (37 students and 5 teachers) were participated in the studio and the participants who attended the workshop by SIX facilitated the studio process. The participants were grouped into six groups and each group discussed and presented the topics on environment, education, youth, governance, public place and health. In the opening of the studio, the Pro-Rector U Oo Tin Thein delivered the orientation speech to the participants. Then, the participants made networking session led by U Thein Than Naing. After that Daw May Lin Aung discussed the concepts on social innovation. In the evening session, each group discussed the social problems and proposed solution to the selected problem.